The debate over the perennial holiday song “Baby, It’s Cold Outside” heated up this year, rather than just withering away in the face of sheer insignificance, as I had hoped. In fact, the only thing possibly more annoying than nixing a perfectly good song is the ensuing whining about political correctness that it provokes. I’ll grant that it’s hypocritical to single out “Baby, It’s Cold Outside” for criticism. Anybody who enjoys literally any genre of popular music with lyrics should probably start with a bunch of other stuff if they are intent on being censorious.

My book, Drink Spiking and Predatory Drugging: A Modern History (2016) only deals with the newfound discomfort with this song in passing. I haven’t written about it extensively; I’ve only commented to my friends I found the whole campaign against the song wrong-headed. Since then, there’s been some very good writing about the topic. Mainly: listen more closely.

I liked  Cammila Collar’s take on this at Medium, which rightly recommends listening closely enough to realize that the female singer is looking for a way to stay, not to leave, and that she’s joking around when she asks, “what’s in this drink?” Collar and other writers on th 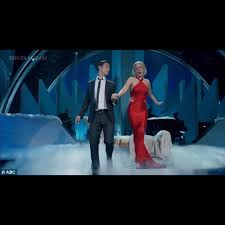 e topic, some of whom I mention in my book, also plead for greater attention to the historical context of the song, where ideas about shame and propriety greatly thwarted women’s desires and leisure activities. In the ensuing years, not surprisingly, role-reversing renditions have emerged, keeping the original lyrics intact. (If you want a little soundtrack for this  blog post, I recommend the Lady Gaga and Joseph Gordon-Levitt’s 2013 version.)

Let’s also understand the drugs-and-alcohol-related context of the joke the duet singers share. It’s true, as Collar and others said, that “what’s in this drink?” was a common joke at the time when people wanted to account for their own bolder-than-usual, sillier-than-usual, or more-at-ease-than-usual behavior in all kinds of social settings, not just in potentially romantic or sexual ones. Throughout the song, she’s also mocking and rejecting an expected gender role: appointed schoolmarm of the evening, disciplinarian of the wily male. The song also came about during a new era of pharmaceuticals, and with it a new post-Prohibition sense of ease with alcohol, too — and sometimes a blithe attitude about their combination. And thus, jokes.

In my book, I wrote:

After Prohibition, the liquor industry sought to re-domesticate the image of alcohol as a wholesome accompaniment to a social evening at home. While drinking slowly became more acceptable for middle-class women, the consumption gap [where men drank considerably more than women in the US] of pre-Prohibition returned. In advertising, women were often shown serving alcohol rather than consuming it. In this milder way, women once again seen as limiters and keepers in alcohol-serving environments – not people who were at risk, except under exceptional circumstances, of overindulging themselves, but not the grim-faced disapprovers of the Temperance era, either. A permanent shift had taken place in norms around drinking and women’s propriety. There was, by and large, nothing now deviant about it.

Beginning in 2012 and reprised every holiday season since, a sort of silly claim has emerged that the 1944 Frank Loesser holiday tune,“Baby, It’s Cold Outside” is actually “rapey” in part because the dialogue contained the line, “what’s in this drink?” In its own context, this actually makes no sense. First, it’s clearly not a song about someone genuinely worried about being drugged, but simply someone teasing her companion and humoring her own increasing desire to stay with him longer. Her quarrels (and ultimately mocking tone) are with the shaming voices that might disapprove. What it does reveal is both a relaxed attitude about her freedom to go or to stay, and about alcohol itself, and the mild disinhibition that everyone seeks from it. The drink (plus the “half a drink more” that she asks for) seems to make her go through the motions of propriety, in an increasingly joking way, of the what-will-people-think variety without diverting her from what she really wants.

It is difficult, however, for modern ears to pick this up unless you have an understanding of both transitioning gender roles at the time and perhaps a maybe too relaxed attitude about alcohol, drugs, and mixing the two at the time for both sexes. Barbiturates and chloral hydrate still appeared in a number of pharmaceutical products, and at the time there was still generally too little concern about their mixture….While I’ve suggested that this may have a lot to do with lessening fear of alcohol itself and its rekindled association with sociability rather than social pathology, it also has to do with the techno-utopian view of tranquilizers coming onto the market. [pages 89-91]

The mass marketing of tranquilizers in the post-war period (as this song gained popularity) created a halo around these products, and it was not yet common for doctors to warn patients sternly about mixing these drugs with alcohol.

Enthusiasm and ensuing carelessness about meprobamate [Miltown] is difficult to overstate …. Comedian Milton Berle, in the 1950s, once joked with his audiences that he was planning to change his name to Miltown Berle. There were even Miltown cocktails variations on the Bloody Mary and Martini that required a dose of the stuff. No worries! [pages 91-92]

From a caution-bound contemporary standpoint, such practices (and jokes about them) seem reckless rather than “so very nice.” But that wasn’t how people saw it back then. We don’t have to see drinking, drugs, or even flirting exactly the same way to understand it. Kudos to the stations that have kept it in rotation.

Writer, researcher, and editor in social science and public health